This study included 1,928,340 individuals, 192,835 of whom were high-cost in year 1. Of these, 54.8% stayed high-cost over the 3-year study period, compared with the 45.2% of beneficiaries whose high-cost was transient. Persistent high-cost patients were comparatively younger than their transient counterparts and were more likely to have cognitive disabilities and fewer comorbid medical conditions.

This patient population constituted 34.0% of all spending, while comprising only 5.5% of the total dually eligible group, spending $161,224 annually vs $86,333 among those who were transiently high-cost and $22,352 among those who were not high-cost. Among high-cost patients, 68.8% of spending was for long-term care, while less than 1% was spent on ambulatory conditions that were potentially preventable.

The study researchers concluded that “more than half of patients who were dually eligible for Medicare and Medicaid and were designated as high-cost in 1 year remained persistently high-cost across 3 years. These patients were younger and were much more likely to have intellectual and cognitive disabilities, although they had fewer chronic conditions. Spending in persistently high-cost patients was largely attributable to long-term care use. Strategies to control costs in dual-eligible beneficiaries may be more effective if they focus on reducing spending in long-term care rather than on reducing potentially preventable hospitalizations.” 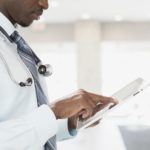