HealthDay News — Men have higher mortality than women, with considerable variation seen in the effect size across countries, according to a study published online March 15 in CMAJ, the journal of the Canadian Medical Association.

Yu-Tzu Wu, Ph.D., from King’s College London, and colleagues used a two-step individual participant data meta-analysis framework to examine the association between sex and mortality across different countries. Data were included for 179,044 participants ages 50 years and older from 28 countries in 12 cohort studies. Socioeconomic, lifestyle, social, and health factors were examined as covariates or interaction terms with sex to examine whether they contributed to the mortality gap between men and women.

The researchers found that after adjustment for age, men had a significantly higher mortality risk than women (pooled hazard ratio, 1.60), with variation observed in the effect size across countries (hazard ratio range, 1.1 to 2.4). The effect size was attenuated substantially by smoking and cardiovascular diseases (by about 22 percent).

“The large variation across countries may imply a greater effect of gender than sex,” the authors write. “Although the biology of the sexes is consistent across populations, variation in cultural, societal, and historical contexts can lead to different life experiences of men and women and variation in the mortality gap across countries.” 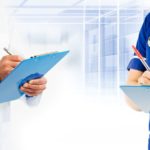 Long-Term Repercussions of Postponing Care Due to COVID-19