In a historical review published in Lancet Psychiatry, a professor at the Institute of Psychiatry, Psychology, and Neuroscience at King’s College London found the psychological consequences from the COVID-19 pandemic likely have many parallels to mental health after the Blitz during World War II.

Throughout the COVID-19 pandemic, many politicians and public figures have compared it with the Blitz attack in the UK because both situations involved forced social isolation, loss of jobs, loss of life, and increased national debt.

After the Blitz, as a means of promoting resilience among the citizens, politicians fostered a narrative that the UK was a nation untouched by post-traumatic illness.

In 1941, after 5 months of heavy air-raids, the Ministry of Health found that only 5% of hospital admissions were for “nervous shock” and most patients were recovering in 2 weeks. The general narrative was that individuals with no history of mental illness would not suffer psychological consequences from the air-raids and that the preparations that had been made to handle an influx of patients at mental hospitals were not necessary.

Conversely, a survey of morale among residents of hard-hit areas found depressive, defeatist feelings with open signs of hysteria, terror, and neurosis. A secret report conducted in 1942 found 4% of men and 14% of women were exhibiting “severe neuroses” 6 months after the air-raids.

The causes for persistent mental illness were thought to be correlated with damage. For example, in Hull, half of the city’s housing was destroyed and for every 1 of the 1104 inhabitants who were killed, 35 had lost their homes. The targets of the air raids were industrial centers and ports. This fact meant that the poorer areas of the UK were disproportionately affected.

This pattern of disproportionate effects on the basis of socioeconomic status is similar to COVID-19 in England, in which mortality has been double in more deprived areas (3.1 per 100,000) compared with more affluent areas (1.4 per 100,000).

Worldwide, negative effects from the pandemic have been reported, including post-traumatic stress symptoms, anger, confusion, and isolation. A survey conducted in Wales in June and July 2020 found severe psychological distress among 17.0% of men and 20.9% of women.

The historical review author advised readers to use the aftermath of the Blitz as a cautionary tale. No follow-up studies of mental health consequences were conducted after the war. In 1951, Irving Janis stated that no organic neurologic diseases or psychiatric disorders could be attributed to air-raids. Despite this narrative, 48,000 civilians and emergency responders were still receiving pensions from the government in 1947 due to physical or psychological wounds from the bombings.

Currently, the Public Health England, an agency of the Department of Health and Social Care, has been monitoring mental health across the country. It is likely that psychological trauma and consequences will persist for many after the end of the pandemic. 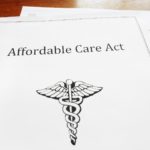 US Supreme Court Strikes Down Challenge to Affordable Care Act