Back in the 1990s an intrepid group of researchers out of the University of Pittsburgh set out to write a computer program that could do a better job than doctors of predicting whether serious complications would develop in patients who presented with pneumonia.1 Success may have been a long shot, but it was definitely a shot worth taking. After all, the researchers figured that if they pulled it off, they could both lower costs and improve patient outcomes in one fell swoop. So they built a neural network — basically a computer program that responds dynamically to external inputs — and turned it loose on a database covering three-quarters of a million patients in 78 hospitals across 23 states.

The results were curious, to say the least. The program seemed to have determined that patients with pneumonia and asthma had better outcomes than those who did not have asthma. Asthma, it appeared, was somehow providing some sort of protection.2 The neural net, which was by many measures outperforming both traditional software and expert doctors, would often recommend that if a patient had pneumonia, he or she should be admitted, but if that same person had pneumonia and a history of asthma you could safely send them home.

Of course, any second-year medical student could tell you that this is dangerous nonsense. Far from being protective, asthma is a serious condition that can exponentially complicate the management of any number of pulmonary illnesses, let alone pneumonia. It is hard to imagine a better pretense for automatic admission than acute presentation of pneumonia symptoms with a history of asthma attacks. Whither the neural net?

The singular goal of the software in the pneumonia study was to maximize the accuracy of its judgments. In this pursuit, it leveraged a concept called machine learning. As an idea, machine learning — the field of computer science concerned with developing algorithms that can both learn from data and improve themselves without being explicitly programmed — represents something of an ideal for medical problem solving.

In theory, these programs can ingest enormous quantities of information, discern the subtlest patterns (while simultaneously disregarding any distracting noise), and make meaningful and actionable predictions about future behaviors and outcomes. More than that, as it is used more frequently, the software only gets smarter. That machine learning algorithms are not more pervasive in contemporary medical practice, probably has more to do with inadequate data sets and insufficient computing power than anything else. The concept remains sound. If the future is not now, then it is surely breathing down our necks.

I can tell you this much: the answer is not zero, and not just because we would do well to avoid a 2001: A Space Odyssey situation. Unintelligible models, accurate though they may be, are inevitably limited by their inability to distinguish between correlation and causation. This is not anyone’s fault, least of all the fault of the algorithms themselves. The explicit, solitary objective of the software is to find patterns that exist in the data; whether those patterns occur by chance, a true causal relationship, or something in between is completely irrelevant to the program’s objectives. As a consequence, any causal link uncovered by an unintelligible algorithm is presumptively suspect: we simply cannot tell if the relationship is the result of overfitting, interaction, or correlation with other, possibly unmeasured, variables, or a true underlying phenomenon. Half of being smart, as they say, is knowing what you are dumb about.

Which brings us back to the pneumonia study. The uber-accurate neural net was, as you would guess, also unintelligible. The researchers had no idea how or why it reached its conclusions. Luckily, they also used the same data set to simultaneously test a number of rule-based algorithms that didn’t employ machine learning principles. While these approaches were not quite as accurate (although they still did quite well, all things considered), they were substantially more intelligible. By analyzing the outputs from those algorithms, the researchers discovered that patients with pneumonia and comorbid asthma had better outcomes because they were often automatically admitted to intensive care as a matter of policy. This higher-level care was apparently enough to overcome the whatever deleterious effects the asthma might have otherwise caused.4 It stands to reason that is also why the unintelligible neural net advocated sending people with asthma home; it correctly surmised that those with asthma somehow achieved better outcomes, but never bothered to ask why.

To my mind, the critical insight from this story is not about machine learning software at all. It is about the irreplaceable value of expertise. It is impossible to make responsible policy on the basis of correlations alone; the paradoxical results of the pneumonia study teach us as much. As intelligent as machine learning software promises to be, only human experts — doctors who have spent a lifetime making all the mistakes that can be made in their narrow field — are capable of preventing us from blindly following a misguided algorithm down the wrong rabbit hole. Experts remain the only ones who can ask, and answer, the critical question — why? 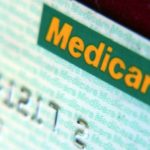 Medical Societies Urge US Congress to Preserve Medicare Part B