Inspiratory, noncontrast, whole-lung computed tomography scans were used to generate 3-dimensional reconstructions of the pulmonary vasculature from participants from the Framingham Heart Study. The volume of vessels of varying cross-sectional areas were calculated and compared between groups based on relative tobacco exposure.

“Using [computed tomography] imaging, we found that cigarette exposure was associated with higher pulmonary blood vessel volumes, especially in the smaller peripheral vessels,” the researchers wrote. “While histologically, tobacco-related vasculopathy is characterized by vessel narrowing and loss, our results suggest that radiographic vascular pruning may not be a surrogate of these pathologic changes.” 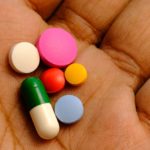 FDA Warns of Unapproved, Misbranded Drugs Distributed by CanaRx to US Consumers