For patients with amyotrophic lateral sclerosis (ALS), variables such as age, diagnostic delay, forced vital capacity, bulbar symptoms, and ALS Functional Rating Scale-Revised scores are significantly associated with higher risk of respiratory insufficiency or death at 6 months after presentation. Using these findings, researchers created and validated a prognostic model with the goal of using the model in a clinical setting to predict a 6-month risk of respiratory failure onset and therefore help in treatment decisions, according to a publication in the European Respiratory Journal.

Researchers created and internally validated the prognostic model using a single-center cohort of patients with ALS, and then externally validated the model using 23 phase 2/3 clinical trials from the Pooled Resource Open-Access ALS Clinical Trials database. Respiratory insufficiency was defined as initiating noninvasive ventilation, having a forced vital capacity <50% of predicted, having a tracheostomy placed, or death. The prognostic model was created using a multivariable logistic regression to calculate associations between baseline characteristics and respiratory insufficiency.

Of the 765 patients with ALS included in this study, 58% were men, 87% were white, the average baseline forced vital capacity was 81%, the mean baseline ALS Functional Rating Scale-Revised score was 37, and 39% had respiratory insufficiency 6 months after presentation.

Of the 7083 patients from the Pooled Resource Open-Access ALS Clinical Trials database, 62% were men, 96% were white, the average baseline forced vital capacity was 88%, and the mean baseline ALS Functional Rating Scale-Revised score was 37, and 35% had respiratory insufficiency 6 months after presentation. The external validation indicated a c-statistic of 0.74 (95% CI, 0.72-0.75), a sensitivity of 53%, a specificity of 82%, the Hosmer-Lemeshow goodness-of-fit test signified a value of P <.001, and standardized Pearson X² test signified a value of P =.001.

The researchers concluded “[a] clinician can use our clinical prognostic rule to estimate a [6]-month risk of respiratory failure onset, thus facilitating referrals and respiratory interventions.” 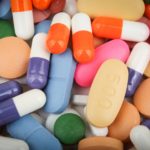