Women with pulmonary arterial hypertension (PAH) experienced better long-term prognosis than men with PAH, a finding that may be partially driven by greater improvements in right ventricular function and hemodynamics, according to a study published in Heart and Vessels.

A total of 129 consecutive patients with PAH were included in this analysis, of whom 34 were men and 95 were women. Investigators compared long-term prognosis and hemodynamic improvements in response to PAH-targeted treatment among men and women. Targeted PAH therapy included intravenous and oral prostacyclin analogs, endothelin-receptor antagonists, and phosphodiesterase type-5 (PDE-5) inhibitors.

Because this study was performed at a single center, it is possible that there was selection bias. In addition, the investigators noted that long-term survivors were more likely to have been treated with newer drugs during follow-up, which may have further affected the 5-year prognosis.

The investigators suggested that future development of “individual treatment may ameliorate long-term prognosis of [patients with] PAH.” 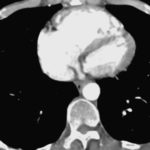