Patients with pulmonary arterial hypertension (PAH) and iron deficiency in the absence of anemia who received iron supplements did not show significant clinical benefit at 12 weeks, according to recent study results published in the Annals of the American Thoracic Society.

Patients with PAH and iron deficiency in the absence of anemia received parenteral iron supplementation in the treatment groups in 2 randomized, double-blind, placebo-controlled 12-week crossover studies (ClinicialTrials.gov Identifier: NCT01447628). In Europe, patients were randomly assigned 1:1 to a single infusion of ferric carboxymaltose 1000 mg or saline given over the course of 15 minutes, with cross over after 12 weeks. Meanwhile, in China, patients received iron dextran 20 mg iron/kg body weight or saline. The studies were analyzed separately and combined.

Among the 39 patients in Europe and 17 patients in China in the studies, supplementation with iron led to increases in blood ferritin levels. Furthermore, the treatment was well tolerated, and no significant side effects were reported. However, no significant clinical benefit was seen in either study for exercise capacity or cardiopulmonary hemodynamics at 12 weeks.

Disclosure: A product used in the study was donated by a pharmaceutical company. 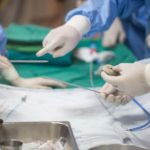