Left main coronary artery (LMCA) stenting is safe in patients with pulmonary arterial hypertension (PAH) and extrinsic LMCA compression, a new study found. In addition, there appears to be a low risk for stent recoil or mechanical compression in these patients. Findings from this study were published in a new edition of JACC: Cardiovascular Interventions.

Investigators enrolled a total of 53 consecutive patients with PAH and LMCA compression who underwent LMCA stenting. Stent type was chosen according to each individual patient’s bleeding risk. At 3 months, a fluorography assessment was performed in 2 orthogonal views to exclude any early mechanical stent recoil. In addition, a 9-month elective invasive coronary angiography (ICA) was planned.

At 3-month fluoroscopy, the researchers found no evidence of stent compression. No difference was found between drug-eluting stents (DES) and bare-metal stents (BMS) with regard to late lumen loss at 9 months (0.2±0.6 mm vs 0.4±0.9 mm, respectively; P =.40) or binary restenosis (0% vs 10%, respectively; P =.48). The cumulative 5-year survival was 69%, with no observable difference between the main cohort and the control population (P =.814). In addition, there were no cases of definite/probable stent thrombosis.

Approximately 10% of patients (n=5) had ISR, and 2% of these patients (n=1) underwent target-lesion percutaneous coronary intervention (PCI) because of stent recoil.

Limitations of the analysis included the small number of patients included in the final analysis, as well as the inclusion of patients from a single center.

“To minimize the risk of restenosis, routine use of second-generation DES, with a safety profile similar to BMS, is recommended,” the researchers wrote. 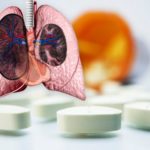