The presence of poor subpleural perfusion (PSP) may be suggestive of small vessel disease with diffuse distal thrombosis, which may predict balloon pulmonary angioplasty (BPA) failure, according to a study published in Chest.

Researchers conducted a retrospective observational study in patients who underwent BPA in French hospitals from February 2014 to August 2016 to assess whether there was an association between PSP and patient outcomes after BPA in nonoperable chronic thromboembolic pulmonary hypertension (CTEPH).

The researchers hypothesized that worse outcome hemodynamic responses to BPA would be associated with PSP based upon its relationship with small pulmonary vessel disease with diffuse distal thrombosis. A total of 101 individuals were classified into two groups: BPA success (n=86) and BPA failure (n=15).

Researchers concluded that PSP was able to predict BPA failure based upon specific hemodynamic criteria despite the similar baseline hemodynamics observed in patients with PSP and patients with normal subpleural perfusion. Approximately 15% of nonoperable CTEPH demonstrated a poor response to BPA in this study. Therefore, it is recommended that clinicians consider discontinuing BPA procedures and initiating other medical treatments in individuals who demonstrate a poor hemodynamic response to BPA after several sessions. Researchers also suggested that the development of diffuse distal thrombosis in patients with CEPTH may be related to poorly developed bronchial arteries. 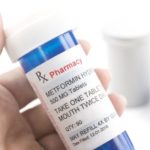 Metformin May Benefit Pulmonary Hypertension Associated With HFpEF, But Not PAH