Pulmonary artery to aorta (PA:A) ratio measurement is an effective method for predicting elevated mean pulmonary artery pressure (mPAP) and survival in patients with idiopathic pulmonary fibrosis (IPF). Patients with a PA:A >0.9 had a worse prognosis, according to findings published in Respirology.1

Mitsuaki Yagi, MD, from Tosei General Hospital and Nagoya University Graduate School of Medicine in Japan, and colleagues sought to examine the prognostic value of PA:A measurements and predict the relationship between elevated mPAP and survival in patients with IPF without further invasive testing.

In an observational study, pulmonologists used computed tomography to measure the diameters of the pulmonary artery and descending aorta in 177 patients with IPF (83.6% men; mean age: 65.4±7.8 years). To measure mPAP, the patients underwent right heart catheterization.

Patients with IPF were excluded from the study if they had long-term oxygen therapy, if right heart catheterization was not performed at the initial visit, and if pulmonary artery wedge pressure was higher than 15 mm Hg.

Other findings corroborated previous studies2-7: patients with borderline pulmonary hypertension (PH) and mPAP >20 mm Hg had a worse prognosis than patients who did not have PH and had mPAP ≤20 mm Hg.

“Measurement of the PA:A may be a useful and convenient method to predict elevated mPAP and survival in mild-to-moderate IPF,” they concluded.

Because the study was cross-sectional, researchers were unable to determine the changes in disease progression. 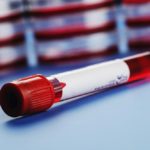 Biomarkers of PAH Risk in Patients With SLE