Because symptoms may not become apparent until patients are in the advanced stages of the disease, detection and diagnosis are often delayed.2 Once the diagnosis is established, prompt treatment selection and initiation are critical, so there has been increasing interest in the use of biomarkers to help gauge response to therapy in patients with PAH.

“There are special reasons why [patients with] pulmonary hypertension might benefit from the kind of personalized medicine that biomarkers could provide,” according to Timothy J. McMahon, MD, PhD, a pulmonologist and professor of pulmonary, allergy, and critical care medicine at Duke University School of Medicine in Durham, North Carolina. “Specifically, this can be a rapidly progressive disease where there is not a lot of time to try different therapies. In addition, it is a relatively rare disease so that large clinical trials or challenging,” he told Pulmonology Advisor.

The use of biomarkers could also represent a less invasive option for assessing treatment response compared with procedures such as right-sided cardiac catheterization. “Moreover, a combination therapy approach for PAH is gaining greater acceptance for both the initial and subsequent treatment of PAH, and biomarkers for response to combination therapies may be the most relevant as the treatment of PAH continues to evolve,” as noted in a new review published in the American Journal of Cardiology.3

Dr McMahon and his coinvestigator examined emerging research on several known biomarkers related to the signaling pathways targeted by current treatments for PAH. “There are numerous omics-related potential biomarkers, but we are particularly enthusiastic about certain blood molecules that may help guide the choice of therapies now that we have several choices that are FDA [US Food and Drug Administration]-approved,” he said.

The role of NO (the “endothelium-derived relaxing factor”) in PAH pathophysiology is well-established. NO is generated endogenously from L-arginine by isoenzymes of nitric oxide synthase (NOS), and then “binds to the heme moiety and activates sGC, which catalyzes the conversion of guanosine-5′-triphosphate to cGMP,” as explained in the review. As a result, sGC can exert effects that include phototransduction, mediation of vascular smooth muscle tone and motility, and maintenance of fluid and electrolyte homeostasis.

“In addition to signaling via sGC and cGMP, NO can be converted into more durable S-nitrosothiols (SNOs), in which the cysteine residue of proteins or peptides bind an NO derivative reversibly.” Recent findings demonstrated improvements in pulmonary hemodynamics, red blood cell (RBC)-associated vasoactivity, and RBC S-nitrosohemoglobin (SNO-Hb) when patients with advanced PAH inhaled the SNO-donating gas ethyl nitrite, suggesting that SNO-Hb may be a relevant biomarker and treatment target.4

Other promising biomarkers in need of further investigation include the L-arginine analog asymmetric dimethylarginine, NO2 metabolites, and exhaled NO.

The sGC stimulator riociguat was the first such agent to receive FDA  approval, with indications for PAH and chronic thromboembolic pulmonary hypertension (CTEPH) treatment. “It has a dual mechanism of action in which it increases the sensitivity of sGC to NO and also stimulates sGC independently of NO,” as noted in the review. In clinical trials, riociguat treatment was associated with reductions in N-terminal pro-B-type natriuretic peptide (NT-proBNP) levels in patients with PAH (least-squares mean difference: −432 pg/mL; P <.001) and CTEPH (least-squares mean difference: −444 pg/mL; P <.001), compared with placebo.5,6

Inhibition of PDE5 leads to increased cGMP and vasodilation. The PDE5 inhibitors sildenafil and tadalafil have received FDA approval for PAH treatment. Results from animal and clinical studies indicate that NO and cGMP may be useful biomarkers for therapeutic response to PDE5 inhibitors, although further research is needed.3

The findings also support the utility of endothelin or NO pathway components as biomarkers for therapeutic response to endothelin receptor antagonists (ERAs), and “co-measurement of these biomarkers may be rational because therapy itself can alter the relations in these mediators or markers,” the researchers stated.3 In addition, cyclic adenosine monophosphate (cAMP), a key signaling mediator of the prostacyclin pathway, may be useful in assessing response to prostacyclin analogs (PCAs), and natriuretic peptides represent another category of potential biomarkers for therapeutic response.

Although combination therapy, which targets 2 or 3 signaling pathways involved in PAH, was previously supported only as sequential treatment, it is now endorsed for the initial treatment of the disease.7 “The justiﬁcations for an initial combination approach are the high mortality rates associated with PAH, the use and success of initial combination therapy for malignancies and other critical illnesses, as well as the empirical evidence from the Ambrisentan and Tadalaﬁl in Patients with Pulmonary Arterial Hypertension (AMBITION; [ClinicalTrials.gov identifier: NCT01178073]) trial,” wrote the investigators.

Recent studies of combination therapies for PAH have mainly focused on NT-proBNP as an end point. Various trial results demonstrate reductions in NT-proBNP after treatment with ambrisentan plus PDE5i, bosentan or sildenafil plus inhaled trepostinil, and ambrisentan plus tadalaﬁl, supporting its value as a biomarker for the assessment of treatment response.8-10

Taken together, these findings indicate that “key biomarker molecules related to the molecular targets of current therapies are seeming to show promise sufficient to warrant testing in new, larger studies that would assess their utility in decision-making,” Dr McMahon concluded. 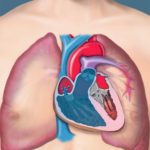