The level of serum chloride level at 6 months after a diagnosis of pulmonary arterial hypertension (PAH) was a strong and independent predictor of mortality in patents with idiopathic or heritable forms of PAH, even after adjustments were made for serum sodium levels, renal function, and diuretic or parenteral prostacyclin analog use, according to the results of a retrospective study published in Chest.

The investigators explored whether serum chloride levels are associated with long-term survival in patients with PAH. The current study was conducted using data from the Cleveland Clinic Pulmonary Hypertension Registry and included patients with idiopathic or heritable types of PAH who had a baseline metabolic panel performed at the time of a diagnostic right heart catheterization. Laboratory results were available at diagnosis and again at the 6-month follow-up.

Serum chloride levels of ≤100 mmol/L were reported in 24% of patients at diagnosis and in 21% of participants at 6-month follow-up. When adjusted according to age, sex, pulmonary vascular resistance, diuretic or prostacyclin use, and serum creatinine level, serum chloride levels ≤100 mmol/L at 6 months were associated with increased mortality (hazard ratio [HR], 1.83; 95% CI, 1.11-3.00). Overall, the participants with these findings were older, had decreased functional capacity, had worse renal function, took more diuretics, and had higher pulmonary artery wedge pressure, but lower mean pulmonary artery pressure, transpulmonary gradient, and pulmonary vascular resistance.

The investigators concluded that the findings demonstrated that lower serum chloride levels in patients with PAH are associated with worse functional class and renal function, along with more frequent use of diuretics, which is consistent with studies in left heart failure. 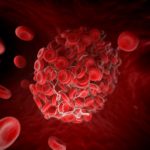