Pulmonary arterial hypertension (PAH), characterized by elevated blood pressure in the pulmonary artery, is a rare condition that disproportionately affects women. Over the last decade, a greater awareness surrounding PAH has led to the development of international registries of patients with PAH and improved therapies. Renewed focus on the impact of PAH in women — along with evidence that links estrogen with the activity of PAH genetic factors — has led to updated, gender-based definitions regarding the classification, pathophysiology, diagnosis, and treatment of PAH.

Current classification systems group different types of pulmonary hypertension (PH) according to the underlying pathophysiology and patient responses to treatment. Thus, PAH falls under 4 different subcategories according to the primary cause for vascular remodeling: idiopathic PAH, heritable PAH, drug-induced or toxin-induced PAH, and PAH associated with other conditions such as connective tissue disease, HIV, and congenital heart disease.1

Gender-based differences in prognosis are also interesting to note. Although idiopathic and heritable PAH occurred twice as frequently in women, and PAH associated with other diseases was 4 to 8 times more likely to affect women, women with PAH had far better survival rates compared with men. According to the REVEAL registry, men were twice as likely to die from PAH than women, regardless of disease severity.1

The Effect of Estrogen and Genetic Predisposition on PAH Pathogenesis

The development of PAH is caused by changes in the pulmonary vasculature, leading to vascular remodeling, inflammation, thrombosis, and sustained vasoconstriction. Endothelial dysfunction resulting from PAH also upsets the balance of vasoconstrictors to vasodilators, causing decreased availability of the vasodilator prostacyclin and nitric oxide and increased levels of the main vasoconstrictor endothelin.1

Pulmonary arterial hypertension is further attributed to mutations that develop in individuals who are genetically predisposed. A major genetic pathway associated with the progression of PAH is the transforming growth factor (TGF) beta family, including the bone morphogenetic protein receptor type 2 (BMPR2) gene. In fact, BMPR2 mutations are involved in 75% of all inherited PAH cases.1

Differentiating PAH From Other Disorders Requires a Mindful Approach to Diagnosis

To offer a differential diagnosis, careful screening is needed to assess the presence of risk factors, which include personal and family history and thorough physical examination to identify symptoms of PH and right heart failure (the final manifestation of PAH). In addition, a number of imaging and basic lab tests may be ordered to assess for connective tissue disease, HIV, and other concomitant conditions, or to rule out different disorders with similar symptoms.

In diagnosing PAH, echocardiography is the most important screening test used to identify critical cardiac features and measure the size and function of the right ventricle. Right heart catheterization is used to confirm diagnosis because it improves accuracy in terms of hemodynamic measurement and can better assess vasoreactivity.

Pulmonary arterial hypertension is often diagnosed through the process of elimination,3 and right heart catheterization is critical to distinguish PAH from pulmonary venous hypertension, in which PAH treatments can worsen heart failure symptoms in pulmonary venous hypertension. Tests used to rule out other diseases include ventilation perfusion scans and computed tomography pulmonary angiography (to rule out pulmonary embolism), pulmonary function tests (to exclude airway or lung diseases such as asthma and emphysema), and the 6-minute walk test.3

Finally, with evidence linking BMPR2 and other gene mutations to PAH, genetic testing is available for heritable PAH and should be performed in concert with genetic counseling if ≥2 family members have PAH.3

Traditional therapies used to treat PAH either aim to enhance systems that are deficient — especially prostacyclin and nitric oxide — or inhibit endothelin pathways. The former class of medications includes prostaglandins and prostacyclin receptor agonists, such as epoprostenol, treprostinil, iloprost, and selexipag. Endothelin receptor antagonists are often prescribed as a background treatment to prostanoids and include bosentan, ambrisentan, and macitentan.

Other therapies act within the pulmonary vasculature and cause vasodilation by stimulating the production of cyclic guanosine monophosphate; these include phosphodiesterase-5 inhibitors, such as sildenafil and tadalafil, and soluble guanylate cyclase stimulators. Calcium channel blockers can demonstrate acute vasoreactivity but are relatively unstable as long-term therapeutics and should only be considered as initial therapy for patients with PAH without right heart failure.1

Current guidelines for the treatment of PAH differ on their recommendations concerning monotherapy vs upfront combination therapy, but, in general, the correct therapy depends on the unique individual’s disease severity and treatment response. To this end, cardiac magnetic resonance imaging is ideal for tracking changes in right ventricular structure and function after the administration of PAH-specific therapies.

Pregnancy Is Associated With Mortality Outcomes in PAH

Because pregnancy causes physiologic changes in circulation, in which the pulmonary flow and cardiac output are greatly increased, women with remodeled vasculature because of PAH cannot accommodate the expanded blood flow. So, not only are women more frequently affected by PAH, but pregnancy creates further hemodynamic complications and is contraindicated in PAH. Some studies show that more than half of women diagnosed with PAH in pregnancy risk death.2

Although estrogen levels rise during pregnancy, the potential benefit usually associated with the hormone is nullified by its interaction-mutated BMPR2 genes. The burden of PAH on pregnant women places them at heightened risk for maternal and fetal mortality, especially during the third trimester and through the postpartum period,1 and childbirth adds further stress to the cardiovascular system, which only worsens outcomes from PH and right heart failure.

Because there is no cure for PAH and because PH poses significant risks for pregnant women and the fetus, women and their families should be counseled regarding contraception and the need to avoid pregnancy. Recommended contraceptive methods include hormonal contraception in progestin-only formulation, progestin-releasing intrauterine devices, or permanent contraception such as tubal ligation.1

If a woman with PAH becomes pregnant, or if a woman receives her initial diagnosis of PAH during pregnancy, she should be offered elective termination of pregnancy. If the woman refuses this option, she should be treated with PAH-specific medication by a team of specialists at a PH center and closely monitored. In this case, it is common for patients to be preemptively hospitalized as soon as the second trimester.1 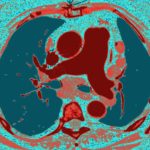