Among patients with alpha1-antitrypsin deficiency, treatment with the alpha1-proteinase inhibitor (A1PI) Glassia1 is equally efficacious to Prolastin2 specifically when using the endpoints of plasma antigenic and functional A1PI trough concentrations at steady state, according to study findings published recently in Pulmonary Pharmacology & Therapeutics.3

Alpha1-antitrypsin deficiency (AATD) is an inherited disorder that increases chances for liver and lung disease. Alpha1-antitrypsin, a protein produced in the liver, guards the lungs. When those proteins are misshapen, they are trapped in the liver, and never reach the lungs, problematic for both organs. “Alpha1-proteinase inhibitor augmentation is the only specific treatment targeting the underlying deficiency in alpha1-antitrypsin deficiency,” noted researchers for the current study, who sought to analyze the efficacy of Glassia compared with Prolastin in patients with AATD.3

To accomplish this, the researchers conducted a retrospective biochemical comparability analysis of a phase 2/3 Glassia study (ClinicalTrials.gov Identifier: NCT00460096), a randomized, double-blind, multicenter trial with 2 arms and partial crossover that compared Glassia with Prolastin in patients with AATD. Notably, the published analysis was of data from weeks 7 through 12 of the 12-week trial. “Patients who did not receive all 12 infusions of study medication or did not have all trough values from Week 7 to Week 12 were excluded from the per-protocol population (n = 4, Glassia; n = 5, Prolastin) and are not included in the present analysis,” the investigators explained.3

The investigators concluded that “the biochemical efficacy of Glassia using the endpoints of plasma antigenic and functional A1PI trough concentrations at steady state was comparable with Prolastin in patients with AATD.” They noted the study was limited by its retrospective nature.3

Disclosure: This research was funded by the pharmaceutical manufacturer Baxalta US Inc.

Some study authors declared affiliations with biotech, pharmaceutical, and/or device companies. Please see the original reference for a full list of disclosures. 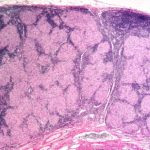