Optimally, adolescents and young adults with cystic fibrosis (CF) should be prepared as early as possible for the transition from pediatric to adult care, especially with respect to preparation for becoming involved in their own treatment decisions.  This was among the results of a study recently published in the Journal of Pediatric Nursing.

Investigators selected 12 adolescents and young adults aged 15 to 24 years who had either begun transition preparation, with a planned transfer to CF adult care in the next 3 years, or had completed their transfer to adult care in the past 5 years. Some of the adolescents and young adults included in the study had experience with the CF transition preparation program titled “Responsibility. Independence. Self-care. Education.” (R.I.S.E.).

An online survey was used to obtain demographic information as well as information on responsibility for self-management behaviors. An iterative interview guide was used to direct all interviews, which were audio-recorded and video-recorded.

Of the 12 adolescents and young adults with CF enrolled in the study, 25% were female; 50% were White, 33% were Hispanic/Latino, and 25% were Black. The mean participant age was 20.8 years. The inductive analysis identified the following 3 themes: (1) independent care of the whole self (ie, the “importance of assuming self-management responsibility prior to transfer”); (2) preparing for change and the unknown (ie, “the process of transition preparation and coping with the associated change and uncertainty”); and (3) transition experiences vary (ie, “spectrum of transition experiences from planned to abrupt”).

Limitations of the current study include the fact that the findings represent a small sample of adolescents and young adults with CF from a single medical center, with their experiences reflective of the transition preparation programming that is available at that particular center. Further, the sample size was limited, with females accounting for only 25% of the participants.

In discussing practice implications, the study authors noted: “Participants expressed uncertainty about transition when they felt little control over the process or lacked sufficient information about adult care.” The investigators concluded that future research should focus on comprehensively assessing health care transition programs for patients with CF, including consideration of the parent perspective regarding transition preparation as well as other transition outcomes, such as lung function and adult CF clinic attendance. 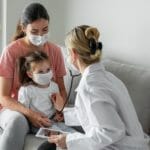