It is well recognized that macrophages are the major resident immune cells in human airways that coordinate the responses to injury and infection. Soon after birth in patients with CF, neutrophils are recruited to the airways and actively exocytose damaging enzymes prior to chronic infection, which implies a possible defect in macrophage immunomodulatory function in these individuals. The investigators of the current study sought to identify the potential links between macrophage PD-1 and markers of airway disease among children with CF.

In order to determine the presence of the PD-1 signaling pathway in early CF inflammation, the immune cells from bronchoalveolar lavage fluid (BALF) and blood were obtained from 45 children with CF between 3 months and 62 months of age. Flow cytometry was used to analyze the blood and BALF samples.

The patient cohort comprised 22 male and 23 female participants from 1 of 3 locations: (1) Rotterdam, The Netherlands; (2) Perth, Australia; and (3) Atlanta, Georgia, in the US. The mean participant age was 30 months; 11 of the 45 patients were diagnosed with proinflammatory pathogen infections. Overall, 20 of the participants were homozygous for F508del, 20 had compound heterozygous mutations with F508del, and 5 had other mutations. The participants were mainly White and had pancreatic insufficiency. None of the patients was prescribed a CF transmembrane conductance regulator at the time of collection of BALF and blood samples.

Based on these findings, a potential link may exist among neutrophilic inflammation, airway macrophage PD-1 expression, and early structural damage in individuals with CF, the investigators concluded.

In citing limitations, the researchers noted that although they took into account the transition from macrophage dominance to neutrophil dominance in the lung, they did not define specific subsets of macrophage-lineage cells, such as inflammatory monocytes, monocyte-derived macrophages, and alveolar macrophages in BALF samples. In addition, although the study demonstrated a novel immunomodulatory pathway present in CF airway disease, it did not explain whether the enhanced PD-1 expression on airway macrophages reported in individuals with detectable infection was a cause or a consequence of the progressive neutrophil takeover.

According to the researchers, “Future studies implementing new techniques such as CITE-Seq [ie, Cellular Indexing of Transcriptomes and Epitopes by Sequencing] are needed to pursue deeper investigation of CF airway monocyte/macrophage subsets revealed in [the] initial flow cytometry and SPADE analysis, with a particular focus on changes in PD-1 expression upon infection and neutrophil recruitment.” 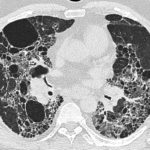