IPF, chronic hypersensitivity pneumonitis (CHP), connective tissue disease-associated ILD (CTD-ILD), and unclassifiable ILD (U-ILD) are the most common forms of ILD that often result in pulmonary fibrosis. A number of circulating plasma biomarkers have been linked to varying survival rates in patients with IPF, but the way these biomarkers affect other ILD subtypes is unknown. The objective of this study was to test and confirm whether increased concentration of certain biomarkers would predict reduced survival in patients with ILD subtypes other than IPF.

This study had 3 limitations. First, sample sizes were relatively small to result in underpowered biomarker analyses. Second, findings may have been influenced by varying plasma storage times between centers. Third, the researchers could not determine biomarker threshold precision given the multiplex platform used in this study. 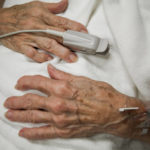