Oral PBI-4050, a low-molecular weight 3-pentylbenzeneacetic acid sodium salt, alone or in combination with nintedanib or pirfenidone, was well tolerated and associated with no serious adverse events (AEs) during a 12-week treatment period in patients with predominantly mild or moderate idiopathic pulmonary fibrosis (IPF), according to phase 2 study results published in the European Respiratory Journal.

Investigators enrolled a total of 41 patients (age ≥40 years) with IPF across 6 Canadian sites in their open-label study. At the time of screening or within 12 months before initiation of the study drug, patients underwent high-resolution computed tomography (HRCT) scans of the thorax. During the 12-week study period, patients received once-daily oral 800 mg PBI-4050 (four 200-mg gel capsules). The researchers also allowed nintedanib, pirfenidone, and corticosteroids to be administered during treatment.

Limitations of the study included the small cohort, open-label design, and short follow-up, as well as the lack of randomization and a comparative control.

“Although pirfenidone and nintedanib represent a significant improvement in the treatment of IPF, they do not represent a cure and both drugs have significant and sometimes intolerable side effects,” the researchers wrote. “Therefore, clinical research continues to focus on new therapies for the treatment of this progressive and often fatal disease.” 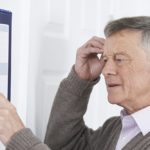