Compared with nintedanib alone, nintedanib plus sildenafil did not provide a significant benefit in patients with idiopathic pulmonary fibrosis (IPF) and a diffusion capacity of the lungs for carbon monoxide ≤35%, according to study results published in the New England Journal of Medicine.

In the INSTAGE trial (ClinicalTrials.gov Identifier: NCT02802345), researchers randomly assigned 274 patients with IPF to receive nintedanib 150 mg twice daily plus sildenafil 20 mg 3 times daily or nintedanib 150 mg twice daily plus placebo 3 times daily for 24 weeks. Participants were age ≥40 and had received a diagnosis of IPF within the last 6 years.

The primary outcome was the change in St. George’s Respiratory Questionnaire (SGRQ) from baseline to week 12. In addition, the researchers measured changes in dyspnea using the University of California, San Diego, Shortness of Breath Questionnaire (UCSD-SOBQ).

The analysis was limited by potential under-powering and the short duration.

“[C]ombination therapy with nintedanib plus sildenafil did not provide a significant benefit as compared with nintedanib monotherapy in patients with IPF and severe impairment in gas exchange,” the researchers concluded.

Disclosures: This study was funded by Boehringer Ingelheim. 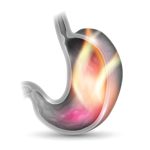