Age, the amount of fibrosis detected on high resolution computed tomography (HRCT), and pulmonary hypertension (PH) were found to be independent predictors of mortality in patients with pulmonary sarcoidosis, according to study results published in Chest.1

Robert Baughman, MD, from the Department of Medicine, University of Cincinnati Medical Center, Ohio, and colleagues investigated predictors of mortality in pulmonary sarcoidosis.

United States population-based studies have reported that mortality rates for sarcoidosis between 1988 and 20072 and hospitalizations between 1998 and 20083 have risen significantly. Increasing incidence, age, detection rates, or disease severity may be responsible for rising mortality trends4; however, the leading cause of mortality in sarcoidosis is respiratory failure.1

The majority of patients with sarcoidosis have pulmonary involvement, with severity ranging from asymptomatic disease to chronic respiratory failure refractory to medical treatment.5 Lung transplantation is the final option for end-stage pulmonary sarcoidosis.5

Knowing the factors that may increase the risk for death in pulmonary sarcoidosis could benefit both patients and their healthcare team. New treatment options including second-line disease modifying antisarcoid drugs and third-line biological agents could be considered in patients refractory to glucocorticoids.6 In addition, lung transplantation may be underutilized.7

All patients seen at the clinic between 2002 and 2008 with spirometry and diffusion lung carbon monoxide measurements were evaluated for study inclusion. Sarcoidosis was diagnosed based on the American Thoracic Society/European Respiratory Society/World Association of Sarcoidosis and Other Granulomatous Disorders (WASOG) statement.8

Sarcoidosis related respiratory failure resulted in 38 deaths, and 4 patients died from unrelated causes (2 from coronary artery disease and 2 from cancer). Overall mortality from sarcoidosis was 3.9% at 5 years and 9% at 10 years.

The researchers concluded, “It seems unlikely that one feature will identify all patients who will die from pulmonary sarcoidosis. Therefore, scoring systems which combine features to predict respiratory death are appealing. We confirmed that the prognostic model developed by Walsh, et al identified those sarcoidosis patients with poor prognosis.” 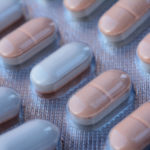