In a real-world cohort of patients with idiopathic pulmonary fibrosis (IPF), the proportion of patients with cough decreased and percent predicted forced vital capacity (FVC%) stabilized after use of nintedanib as an antifibrotic, according to findings published recently in Respiration.

Based on clinical trial results, nintedanib, a tyrosine kinase inhibitor, was approved for treatment of idiopathic pulmonary fibrosis in the European Union in 2015 and in the US in 2014. With real-world evidence now available, researchers for the current study sought to investigate the effectiveness and safety of nintedanib in patients with IPF by describing changes in lung function, levels of anxiety/depression, adverse events (AEs) and serious AEs (SAEs), coughing, and exacerbations in a real-world setting.

The researchers conducted a post-hoc descriptive analysis of the real-world FIBRONET study (ClinicalTrials.gov Identifier: NCT02803580), an observational study of patients with IPF in Italy, to describe the use of antifibrotic medications and the clinical characteristics and course of IPF in 52 patients (all ≥40 years of age; mean age 70.2±7.1; 41 [78.8%] male), who received nintedanib for at least 7 months. Patients were enrolled from 20 centers in Italy and followed-up with clinic visits every 3 months for 12 months from study enrollment. Primary outcomes included change in FVC% predicted, anxiety/depression (measured by the Hospital Anxiety and Depression Scale [HADS]), and the proportion of patients with cough, AEs, and exacerbations. The mean duration for receiving nintedanib (150 mg twice daily) among study participants was 11.6 months, although 10 patients had dose reductions to 100mg twice daily due to AEs.

The researchers found FVC% predicted was unchanged in the total study population (78.7% at baseline; 79.8% at 12 months) and those with a reduced dose (77.7% at baseline; 81.0% at 12 months). HADS scores remained low throughout the study. Patients’ overall level of cough decreased from 50.0% to 21.2% from baseline to 12 months. Two patients experienced exacerbations and 2 patients discontinued treatment due to SAEs, whereas AEs were reported by 27 (51.9%) of participants, with the most common being diarrhea (34.6%).

Researchers concluded, “Our results show a high proportion of patients with stable disease over the 12 months of observation (ie, no disease progression), a safety profile consistent with what is already known about the tolerability of nintedanib, and a low rate of discontinuation.” They further noted finding a decreased proportion of IPF patients with cough after treatment with nintedanib.

In discussing study limitations, researchers noted that patients with less stable disease may have been less able to attend follow-up visits and perform lung function tests. Also, the original study analyzed was not designed to detect differences in outcomes in the nintedanib cohort.

The FIBRONET trial was supported Boehringer Ingelheim Pharmaceutical. Some study authors declared affiliations with biotech, pharmaceutical, and/or device companies. Please see the original reference for a full list of disclosures. 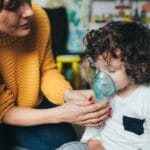