Levels of serum Krebs von den Lungen-6 (KL-6) can serve as a useful noninvasive diagnostic biomarker for improving the certainty of a diagnosis of idiopathic pulmonary fibrosis (IPF) vs other forms of interstitial lung disease (ILD) and to help evaluate disease severity. However, the use of KL-6 alone is insufficient for assessing disease prognosis. These were among the results of a retrospective cohort study published in The Clinical Respiratory Journal.

The investigators sought to evaluate the diagnostic value of serum KL-6 concentrations and whether the expression value of KL-6 could be indicative of disease severity in patients with IPF. In order the address this objective, they needed to explore whether certain parameters, such as patients’ physical characteristics and other clinical conditions, could impact their baseline KL-6 levels.

The study included 100 patients diagnosed with IPF between January 2007 and October 2014 who were admitted to the Department of Pulmonary and Critical Care Medicine at Beijing Chao-Yang Hospital, Capital Medical University, in Beijing, China. Further, 127 patients with other forms of ILD — that is, 86 with cryptogenic organizing pneumonia and 41 with sarcoidosis — were evaluated as well. Additionally, 298 healthy controls who were the same age (±5 years) as the patients selected for the study also were evaluated. The controls, all of whom were selected at the time of a health examination, had no history of any lung disease and had normal chest x-rays.

KL-6 concentrations in serum were significantly higher than those in BALF samples (1344±140.4 U/mL vs 245.2±49.1 U/mL, respectively; P <.001). A positive association, however, was observed between KL-6 levels in serum and in BALF (r = 0.4446; P< .001), with the lower KL-6 level in BALF due most likely to the lower level of total protein concentration. Although serum KL-6 is a stable biomarker that is not affected by lung infection and smoking status, those in the IPF arm with antinuclear antibodies demonstrated higher KL-6 levels. KL-6 levels, along with poor pulmonary function and high radiologic fibrosis scores, are indicative of the severity of an individual’s IPF, but not of poor survival.

The researchers concluded that although the current findings present a comprehensive overview of initial KL-6 concentrations in the diagnosis and evaluation of IPF, the use of KL-6 was insufficient for assessing disease prognosis. 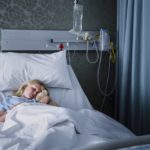