HealthDay News — Baseline cannabinoid use is associated with higher sedation use during endoscopy with endoscopist-directed conscious sedation, according to a study presented at the 2022 Digestive Disease Week, held from May 21 to 24 in San Diego.

Yasmin Nasser, M.D., Ph.D., from University of Calgary in Alberta, Canada, and colleagues prospectively assessed the association between baseline cannabinoid use and sedation requirements for esophagogastroduodenoscopy (EGD) and colonoscopy among 419 adult outpatients.

“Given increasingly widespread cannabinoid use, endoscopists should be equipped with optimal sedation strategies for this population,” the authors write. 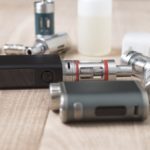 Smokers Who Shift to Vaping May Improve Other Health Measures