Sustained smoking cessation decreases the risk for seropositive rheumatoid arthritis (RA), according to a new study published in Arthritis Care & Research. Seropositive RA is the most common form of RA and is generally accompanied by more severe symptoms and deformities than seronegative RA.

Previous research has demonstrated that smoking increases the risk for RA. Whether quitting smoking has the opposite effect had remained unclear.

Investigators at Brigham and Women’s Hospital studied the impact of smoking cessation on the development of seropositive RA and seronegative RA. The researchers analyzed 38 years of data from the Nurses’ Health Study and the Nurses’ Health Study II, which investigate risk factors for chronic disease in women. Among 230,732 women, the researchers identified 1528 who had developed RA. Twice as many (63.4%) women had developed seropositive RA (63.4%) as seronegative RA (36.6%).

The researchers concluded that, in addition to confirming smoking as a strong risk factor for seropositive RA, the results “demonstrate for the first time that a behavior change of sustained smoking cessation could delay or even prevent seropositive RA.” 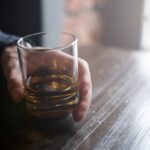 Heavy Alcohol Consumption Related With Tobacco Use, Mediated by Marijuana Use