HealthDay News — A second death in the United States from severe respiratory illness possibly associated with vaping is being investigated by health officials.

The death occurred in Oregon in July and involved a person who had recently vaped products containing cannabis bought at a dispensary, state health officials said Tuesday, CNN reported. Last month, the first such death in the United States was announced by the Illinois Department of Public Health.

Last Friday, federal health officials said that as of Aug. 27, there had been at least 215 possible cases in 25 states of severe lung disease that could be linked to vaping — and that more cases remain under investigation. However, reports by individual state health departments suggest the total number of potential cases could be much higher, according to CNN.

In related news, Michigan’s decision to become the first state to ban flavored electronic cigarettes is meant to protect young people, Gov. Gretchen Whitmer says, adding that she decided to take the action after the state health department concluded that youth vaping was a public health emergency. “My number one priority is keeping our kids safe and protecting the health of the people of Michigan,” Whitmer told the Washington Post.

The ban covers both retail and online sales and goes into effect immediately, but businesses will have 30 days to comply, the Post reported. The ban will last for six months and can be renewed for another six months. In the meantime, a permanent ban on flavored e-cigarettes will be developed, according to state officials. The ban does not cover tobacco-flavored e-cigarettes. 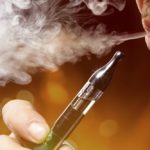