HealthDay News — Four cases of severe lung injury possibly linked with vaping in Minnesota are similar to dozens of cases in Wisconsin and Illinois. The patients had symptoms such as shortness of breath, fever, cough, vomiting, diarrhea, headache, dizziness, and chest pain, and some were hospitalized for “multiple weeks, with some patients being admitted to the intensive care unit,” according to a Minnesota Department of Health statement, CNN reported.

“There are still many unanswered questions, but the health harms emerging from the current epidemic of youth vaping in Minnesota continue to increase,” the department’s medical director and state epidemiologist, Ruth Lynfield, M.D., said in the statement. “We are encouraging providers and parents to be on the lookout for vaping as a cause for unexplained breathing problems and lung injury and disease.”

There were 12 similar confirmed cases and 13 more under investigation in Wisconsin as of Aug. 8, and in Illinois, six young people had been hospitalized for severe breathing problems after vaping and five more cases were being investigated as of Aug. 9, according to health officials in those states, CNN reported.

Illinois health officials are working with local health departments, other states, and federal agencies to determine which vaping products were used by patients and where they were obtained, CNN reported. A variety of substances in e-liquids could pose risks, according to health experts, but little is known about the short- and long-term health risks posed by electronic cigarettes. 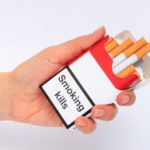