Investigators extracted data from the Behavioral Risk Factor Surveillance System (BRFSS), an annual, nationwide, telephone-based survey that captures health-related risk behaviors and health conditions in adults in the United States. The current study used data from the 2017 and 2018 BRFSS surveys. Young adults (18-24 years) who completed the optional e-cigarette survey section were included in the analyses.

The primary outcome was sleep deprivation, defined as achieving less than 7 hours of sleep per night. E-cigarette use was classified as never, former, sometimes, and every day. Poisson regression models were used to estimate the impact of e-cigarette use on sleep deprivation. Models were adjusted for various sociodemographic and health factors, including age, sex, race/ethnicity, employment status, tobacco and alcohol use, and self-reported mental health symptoms.

The primary study limitation was the cross-sectional design, which prevents the assertion of causality. Additionally, little data were available on e-cigarette habits beyond frequency of use. Nicotine dependence, intensity of use, and content of e-liquids were not captured.

In this large-scale study, young adults who reported prior or current e-cigarette use were more likely to experience sleep deprivation compared to never users. This relationship remained significant after adjustments for relevant covariates, such as health status, gender, and age. Future longitudinal studies are needed to confirm the potential association between e-cigarette use and sleep disturbances. 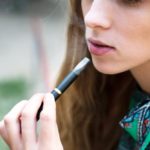