HealthDay News — Varenicline is associated with reduced heavy drinking among men and with increased smoking abstinence, according to a study published in JAMA Psychiatry.

Stephanie S. O’Malley, PhD, from the Yale School of Medicine in New Haven, Connecticut, and colleagues conducted a randomized trial involving participants from two outpatient clinics who met alcohol-dependence criteria and reported heavy drinking (at least 5 drinks for men and at least 4 drinks for women) 2 or more times per week. and smoking two or more times per week. A total of 131 participants were randomly allocated to receive varenicline (64 participants) or placebo (67 participants), stratified by site and sex. Medical management emphasized medication adherence for 4 weeks followed by support for changing drinking.

The researchers found that the mean change in the percentage of heavy drinking days (PHDD) did not differ significantly between varenicline and placebo across sex and site. There was a significant treatment by sex by time interaction for PHDD, with varenicline vs placebo resulting in a larger decrease in log-transformed PHDD in men (least square mean difference in change from baseline, 0.54; 95% CI, −0.09 to 1.18; P = .09) and a smaller decrease in women (least square mean difference, −0.69; 95% CI, −1.63 to 0.25; P = .15). No heavy drinking days (NHDD) were reported by 29% of men taking varenicline vs 6% taking placebo; for women, NHDD occurred in 5% and 25% of those taking varenicline and placebo, respectively. Thirteen percent of those taking varenicline and none taking placebo achieved prolonged smoking abstinence.

“Varenicline could be considered to promote improvements in men with these dual behavioral health risks,” the authors write. 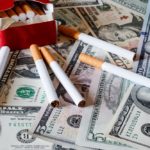