HealthDay News — Vaping among American teenagers increased dramatically in 2018, with nearly two of every five high school seniors reporting they had tried an electronic cigarette during the past year, according to the latest Monitoring the Future survey funded by the U.S. National Institute on Drug Abuse.

About 37 percent of 12th graders said they had vaped within the previous 12 months compared with about 28 percent in 2017. Vaping rates also increased by about one-third in younger teens, with about 18 percent of eighth graders and 32 percent of 10th graders reporting they had tried e-cigarettes in 2018. After alcohol, vaping is the second-most common form of substance use in the United States, the survey revealed. However, marijuana use remains steady among high schoolers, with nearly 6 percent of 12th graders reporting daily use. For the past two decades, daily use among high school seniors has hovered between 5 and 6.6 percent.

The survey also showed that smoking is at an all-time low, with only about 4 percent of high school seniors smoking daily compared with 22 percent two decades ago. Prescription opioid use (such as OxyContin or Vicodin) has declined to about 3 percent among 12th graders. Only 1.7 percent of seniors reported misuse of Vicodin in the past year compared with 10 percent 15 years ago. Alcohol use also has declined. About 17 percent of high school seniors reported being drunk during the past month, down from 26 percent five years ago. Fewer teens reported binge drinking (five or more drinks in a row). About 14 percent of 12th graders said they had recently engaged in binge drinking, down from 17 percent in 2017 and the all-time high of 31 percent in 1998.

“We are encouraged to see continued declines in a variety of measures of underage alcohol use,” George F. Koob, Ph.D., director of the National Institute on Alcohol Abuse and Alcoholism, said in a statement. “The new data, however, underscore that far too many young people continue to drink at a time in their lives when their brains and bodies are quite vulnerable to alcohol-related harms.” 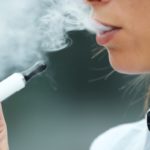 “Aggressive Steps” Needed to Stop E-Cigarette Use in Adolescents