Reporting all verified tuberculosis (TB) cases, noncountable and countable, to the National Tuberculosis Surveillance System (NTSS) is necessary to capture the true burden of TB and guide estimates of the resources and funding health departments require to treat TB, according to an analysis published in Public Health Reports.

Funding for state and local TB treatment programs is based on a proportional formula of reported countable cases, as well as characteristics of cases that increase the funding level needed (eg, multidrug-resistant cases). Noncountable cases have not historically been considered in funding formulas, and including this data may create a greater financial strain for regions with higher numbers of such cases. To assess this problem, researchers examined data from total TB cases reported to the NTSS from January 1, 2010, through December 31, 2014 (N=54,067), and identified reported noncountable TB cases (n=1720).

Noncountable cases included those that have previously been reported in an area before the individual moved to another reporting area; cases where TB treatment was initiated in another country; and cases of recurrent TB less than a year after completing treatment. Researchers distributed questionnaires to the surveillance data coordinators during the spring of 2015, to help define the program’s number of noncountable TB cases, identify the number and proportion of each type of noncountable TB cases not already reported to the NTSS, identify barriers or challenges to reporting noncountable TB data to the NTSS, and obtain input for improving reporting.

This study may have limited generalizability as a result of the low response rate to the questionnaire (57%). The hypothetical funding formula scenario used the actual noncountable cases reported to NTSS and the effect on the funding allocations could have differed if all reporting areas consistently and completely reported noncountable cases.

“Reporting of all verified TB cases to NTSS, both countable and noncountable, is necessary for capturing the true burden of TB and providing high-quality data for TB surveillance,” the researchers advised. “Complete data on noncountable TB cases can help guide estimates of resources used by health departments to manage these cases (eg, providing dates that cases were managed in each jurisdiction to facilitate estimates of duration of treatment burden). Consideration of additional funding for managing these cases can provide incentives for noncountable case reporting. Ongoing training and a streamlined reporting system to NTSS might also motivate TB control partners to report noncountable cases and provide a more complete picture of the extent of TB treatment and case management in the United States.” 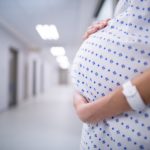