A transient resistance to rifampin may emerge in patients after taking rifaximin, according to study results recently published in Antimicrobial Agents and Chemotherapy.

Rifaximin is a semi-synthetic derivative of rifampin with broad-spectrum in vitro activity against aerobic and anaerobic bacteria. Rifaximin improves various gastrointestinal and hepatological conditions, including travelers’ diarrhea, irritable bowel syndrome, and hepatic encephalopathy. Rifaximin is closely related to rifampin in structure, allowing for the possibility of cross-resistance between the 2 substances. Rifaximin is poorly absorbed after oral administration (<0.4%) as a result of its pyridoimidazole ring, allowing it to avoid systemic circulation and stay largely localized in the gastrointestinal tract. Previous reports have demonstrated that rifaximin use leads to the emergence of rifampin-resistant Staphylococcus and 2 cases of bacteremia caused by rifampin-resistant S aureus were described in patients with previous intake of rifaximin. Therefore, the aim of this study was to determine whether rifaximin use for a single day as a prophylactic treatment leads to the development of rifampin-resistant Staphylococcus.

In select European countries, surgical prophylaxis is an approved indication for rifaximin. The study took place at a hospital in which rifaximin has been used for surgical prophylaxis in elective colorectal surgery since 2015. All patients (n=74; mean age 67.7 years) treated prophylactically with rifaximin between November 2015 and July 2016 were included. Oral prophylaxis was achieved with 3 rifaximin doses of 200 mg/2 hours the day before surgery and perianal skin and nasal swabs were assessed during the preoperative study and at 2 and 4 weeks post-surgery. If a patient presented with rifampin-resistant Staphylococcus, they were followed up with monthly until the cultures were negative.

Overall, the study authors concluded that, “Although in our study the resistance was transient in all cases, rifaximin should be used with caution in situations where there is a significant risk of infection requiring rifampin therapy.” 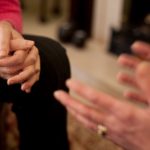