Shorter treatment regimens for tuberculosis (TB) were associated with increased completion rates and fewer adverse events compared with traditional regimens, according to a study published in Pediatrics.

Standard 9-month daily isoniazid regimen (9H) TB treatment is safe, but completion rates of <50% have been reported for both children and adults.

This retrospective cohort study investigated the frequency of completion and adverse events in children (0-18 years old) receiving 3 months of once-weekly isoniazid and rifapentine (3HP), 4 months of daily rifampin (4R), or standard 9H. 3HP was always administered as directly observed preventative therapy, whereas the others could be administered by family or self-administered therapy.

Investigators noted several limitations. Patients were not randomly assigned to treatment regimens, so factors on how providers decided on treatment with families may influence results. Also, insurance status was not available, so the effect of the patient’s ability to pay for medicines on treatment completion was not assessed.

However, the results indicate that shorter regimes and directly observed preventative therapy led to increased adherence, and investigators hope that more data on 3HP pharmacokinetics, coupled with child-friendly formulations, will increase the availability of this treatment for infants and young children. 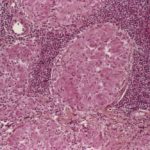 Outcomes, Safety of Weight-Based Bedaquiline in Children With Multidrug-Resistant Tuberculosis